What If Your Family
Broke the Cycle?

“My mother was one of eleven children born to a single mom. They had a system worked out: Each of the older siblings would be responsible for the expenses of one of the younger ones—paying for their food, buying them shoes.”

David is the eldest of three children born to a tightknit, religious family in a poor neighborhood of Guatemala City. His parents had also grown up in Guatemala’s capital, living in what he describes as a self-perpetuating cycle of poverty. David’s parents were his inspiration; both were the first in their families to graduate from high school and when David was twelve, his father began his university education.

“It has always been clear to me that all of the opportunities that I have been given in my academic and professional life have a purpose: to be a role model for others and to help those in need.”

David is a professor of economics and one of the head researchers at a free-market think tank. During every political election cycle, he and his colleagues use diagnostics to evaluate Guatemala’s economic health and stability. These assessments are then used to develop practical political proposals. David also works with the Global Entrepreneurship Monitor (GEM), a comparative international study of entrepreneurship that aims to develop public policies or private initiatives that will make it easier to do business in countries like Guatemala. David remains active in the same church he has attended since he was born. He was recently named an assistant pastor for youth and he helps to organize retreats and missionary trips. 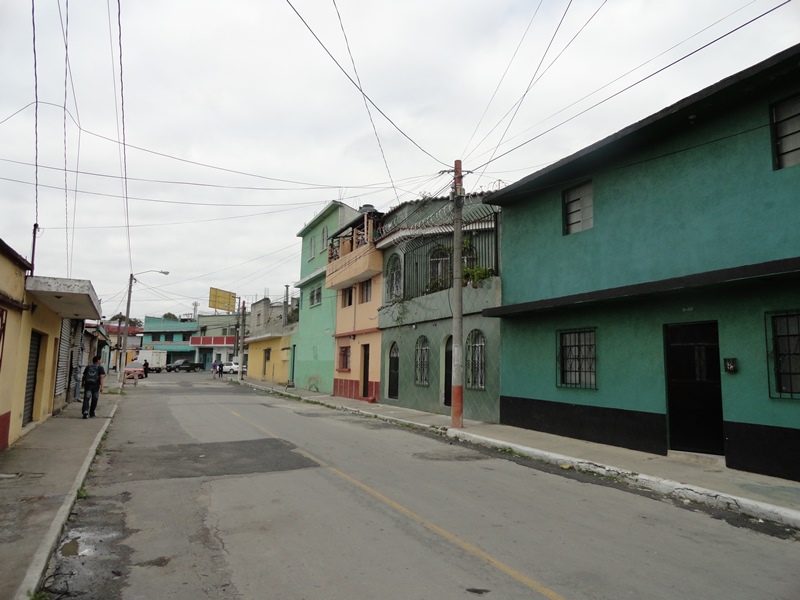 David grew up in this working-class neighborhood of Guatemala City. 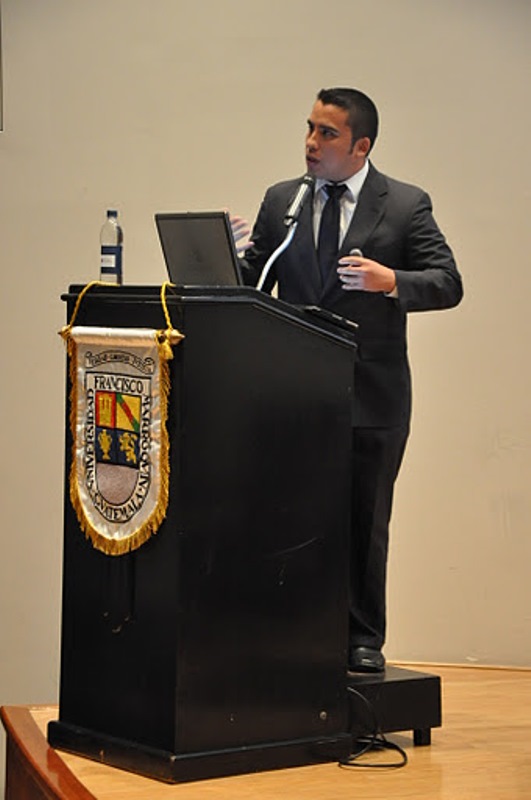 David presents the results of GEM’s research in Guatemala. 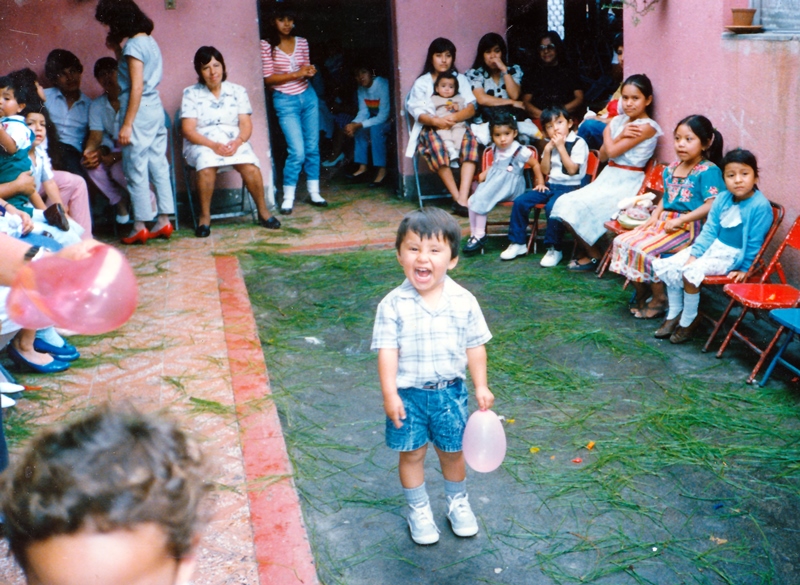 Even in urban areas, families struggle to make ends meet and educate their children. 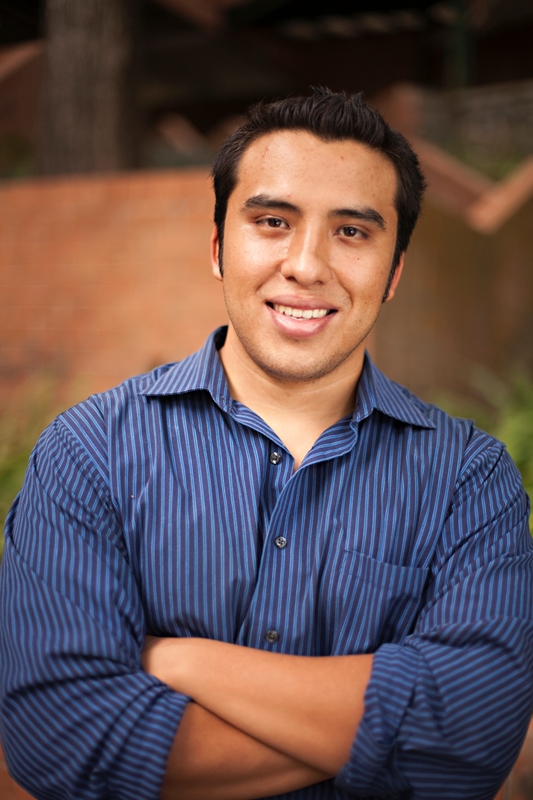 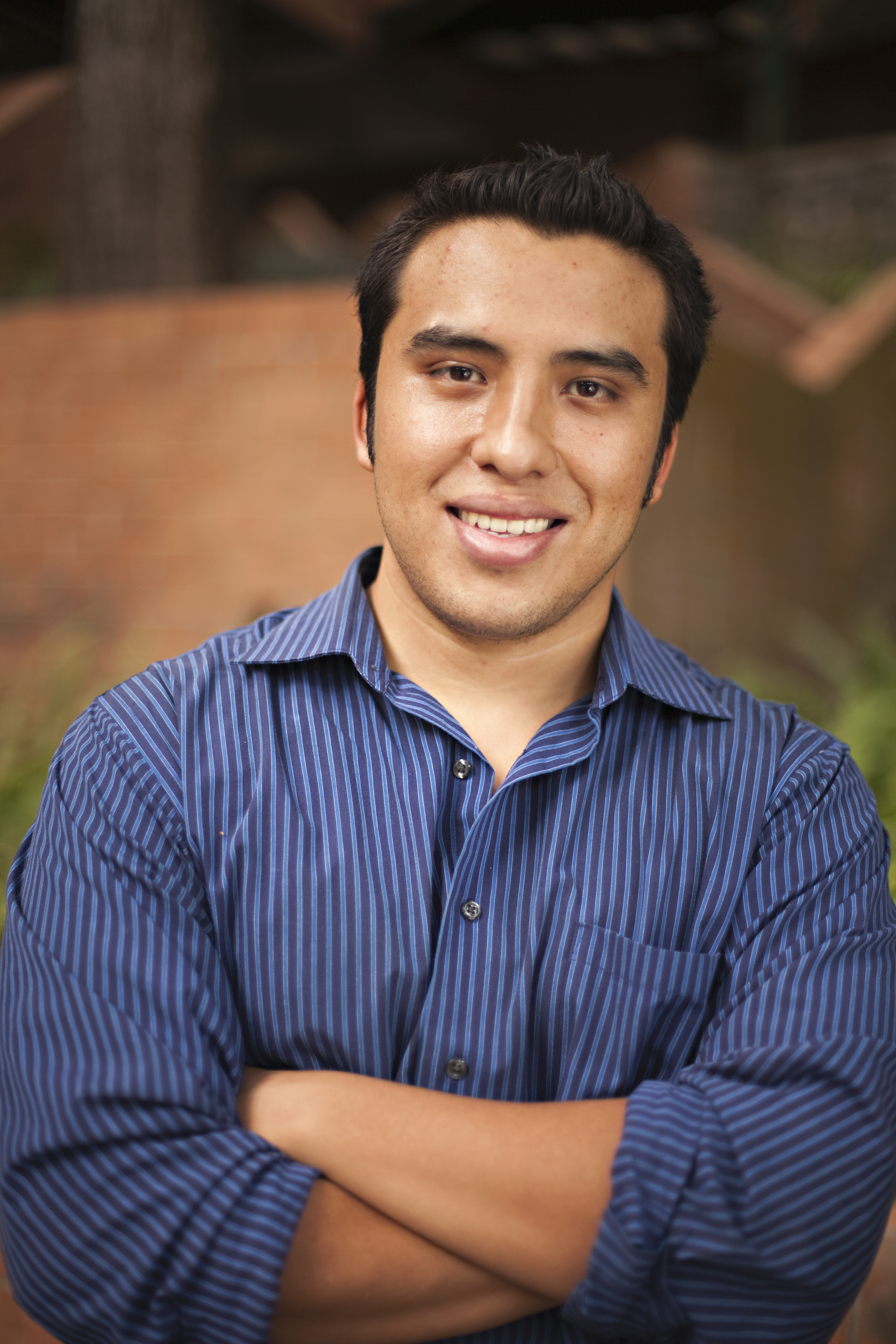