How Does a Country Boy
Find His Place in the City?

“I remember my teacher asked me a simple question in English—‘Are you happy?’ I looked around, because I had no idea what she had said.”

Iran Cruz grew up in the same small town where his parents were born. Neither of his parents completed elementary school; nonetheless, they supported his decision to live with his sister in Guatemala City where he could get a better education. After moving from a tiny town to a city of over two million people, Iran went through what he describes as culture shock. He had to work before and after school to help his sister pay the bills. Several years later, Iran earned a scholarship to a prestigious, private bilingual high school. There, he discovered he had a serious disadvantage—he did not know a single word of English. In order to make up for the fact that he couldn’t read any of his textbooks, Iran formed study groups and hovered outside his classrooms with questions for his teachers. In just two years, he taught himself enough English to pass both the written and oral examinations required to graduate from his school.

“When I was growing up everyone I knew seemed to be predestined to work as small farmers. I want people to know they can fight for seemingly impossible dreams.”

After graduating from Universidad Francisco Marroquín, Iran worked with the Dreams of Youth for Peace project (Sueños de jóvenes por la paz). He and other facilitators worked with teachers across Guatemala to help students visualize goals for themselves and their country and the steps they would take to achieve them.

In 2010, Iran was awarded a scholarship to an MBA program in Nicaragua, whose mission is to develop and train future national leaders to be agents for change in their countries. Iran recently accepted a position as the head of sales for a sugar producer and exporter. Iran says he is proud to work for a company that is one of Guatemala’s leaders in implementing socially responsible business practices. Furthermore, Iran believes his success provides a positive model for young people from his community to follow. 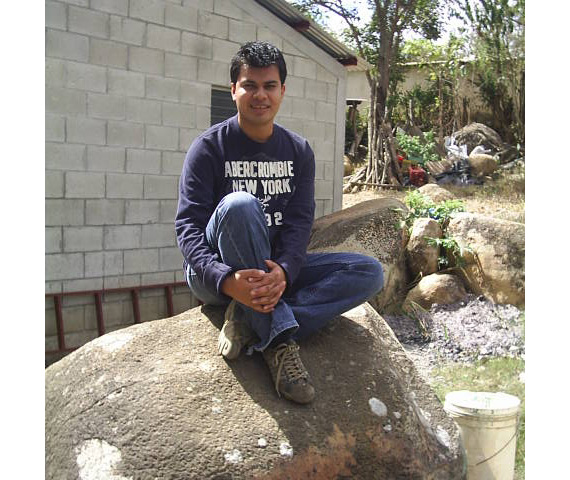 Home for a holiday, Iran sits in front of his family’s home. 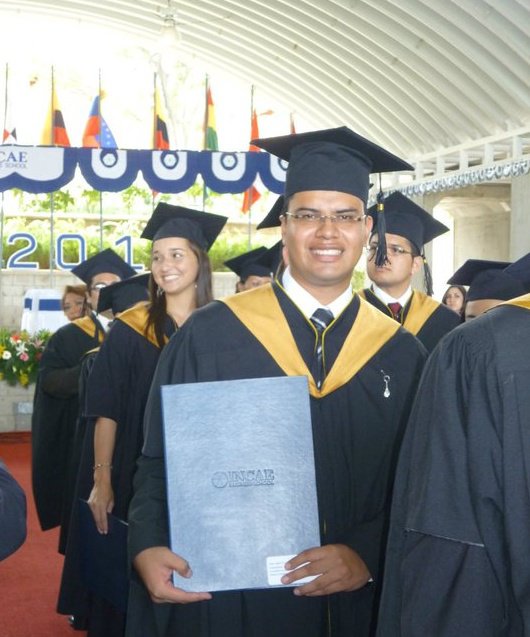 Iran also earned a scholarship to get an MBA at INCAE in Nicaragua. 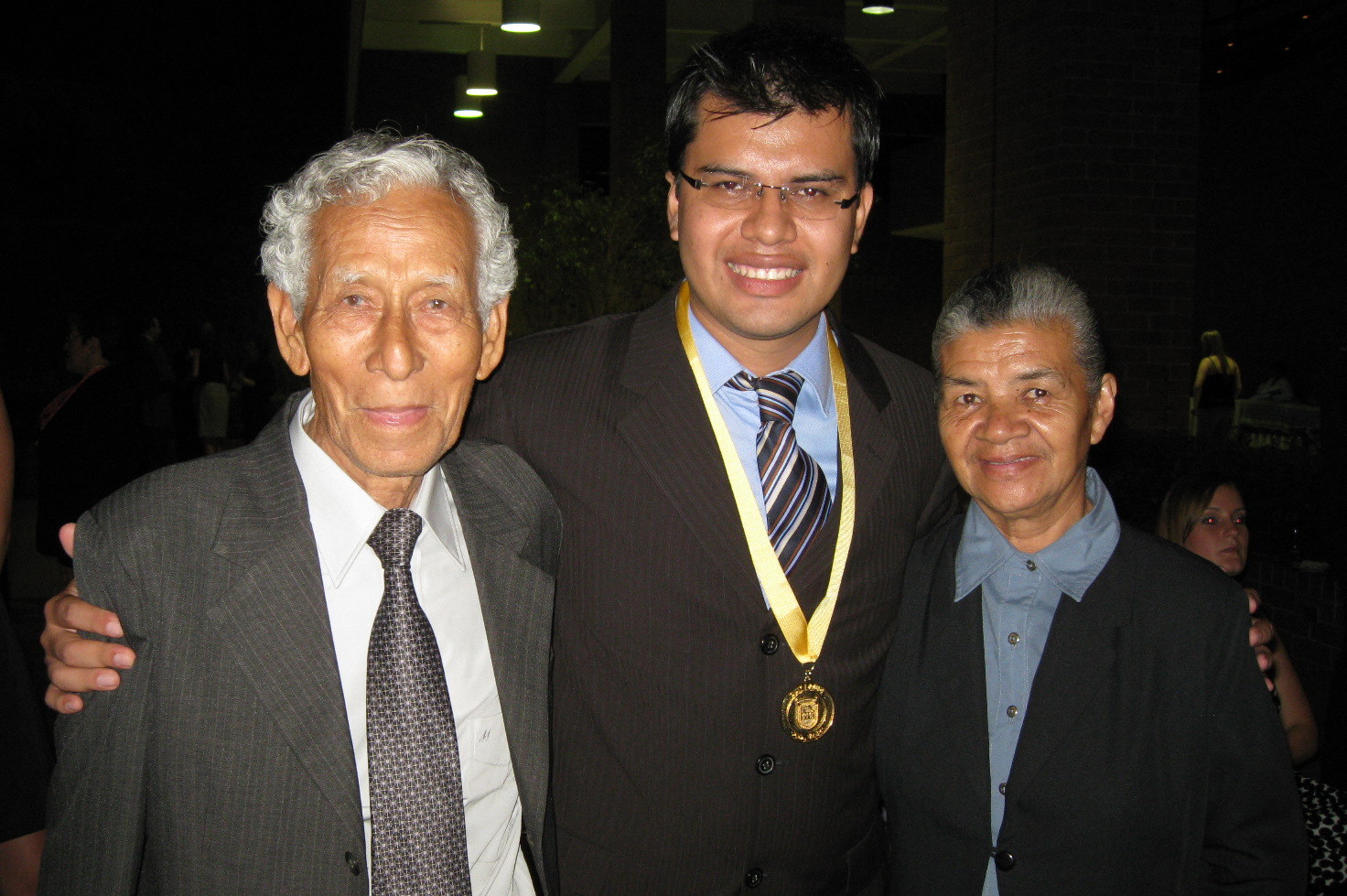 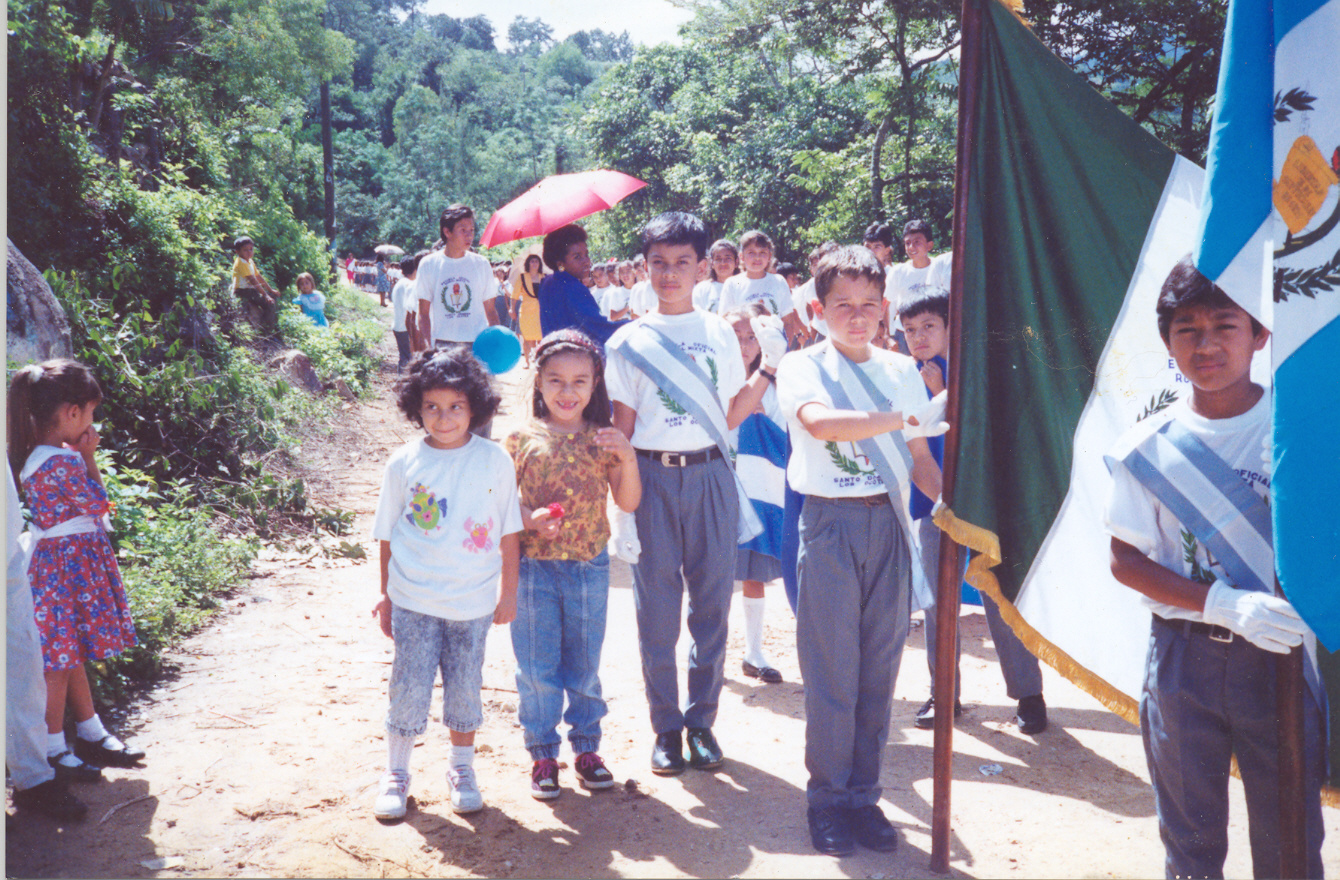 Iran marches in a school parade in his village. 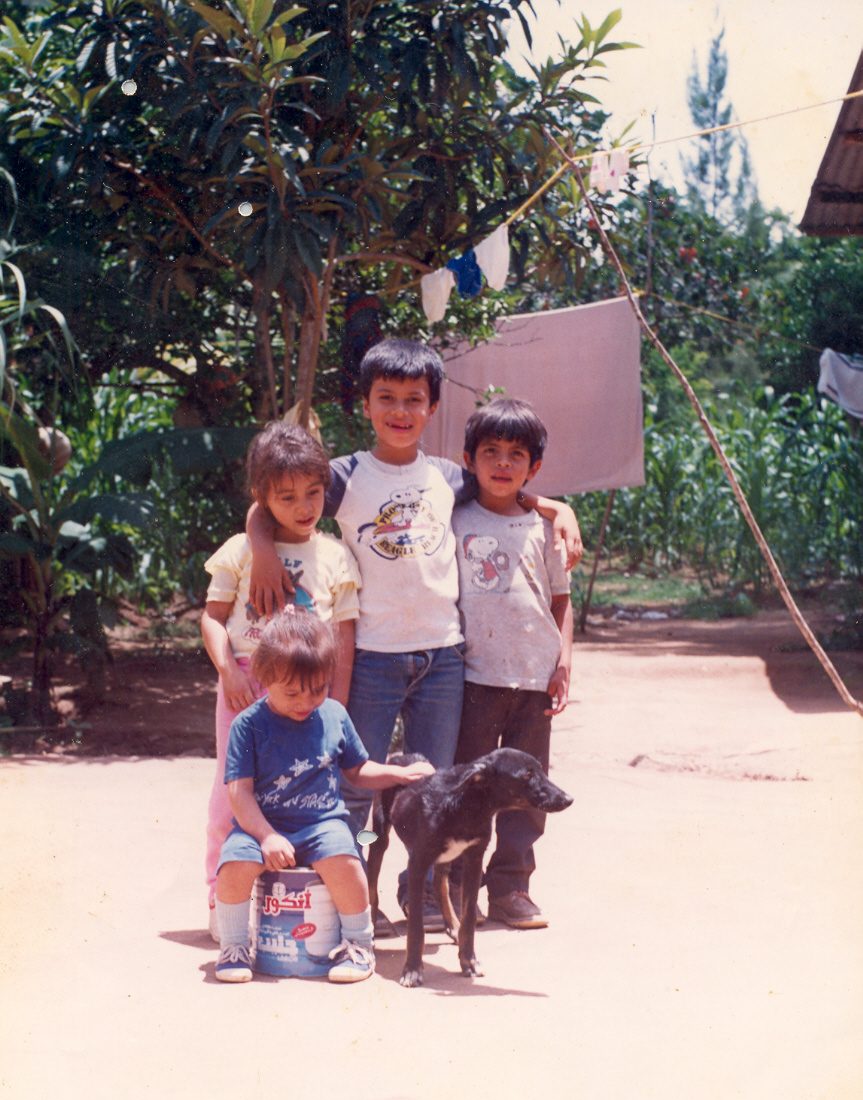 Iran and his siblings at home. 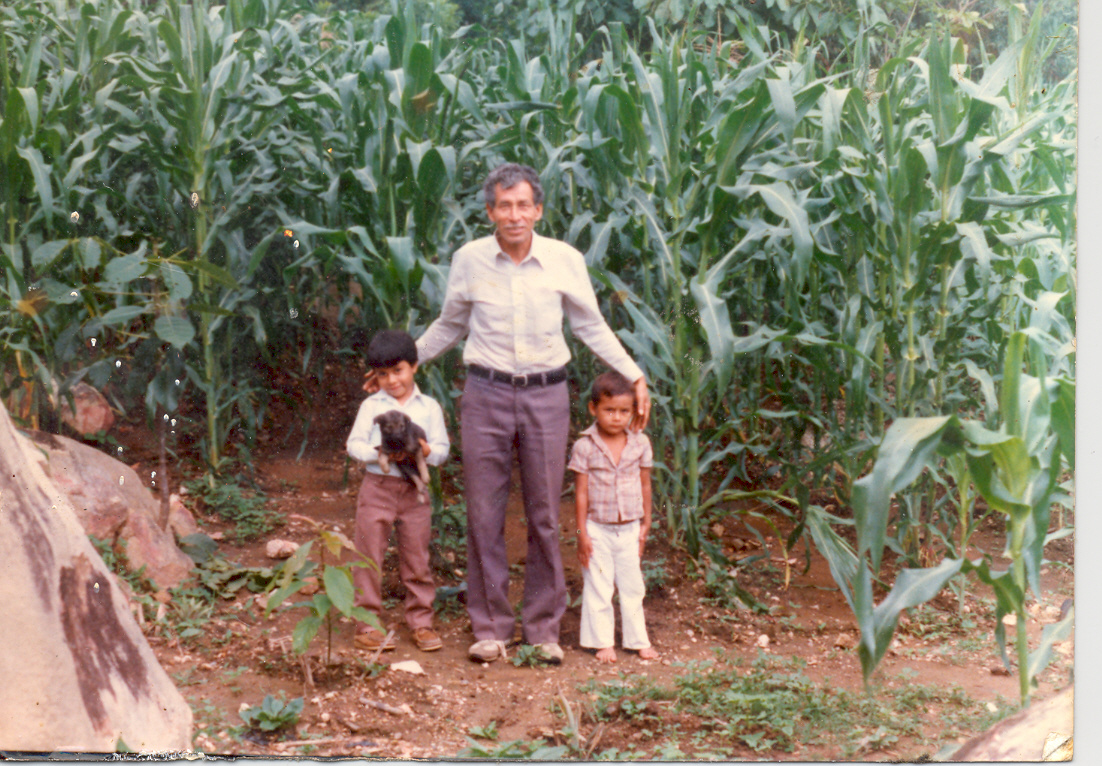 Iran, holding his dog, with his father in their cornfield.
‹ ›