Do You Have a
Vision for the Future?

“My first house had one room, a dirt floor, and walls made from cornstalks. When it rained, wind and water swept through our home.”

At the age of five, Oscar began working long days in the fields, planting and harvesting cabbage alongside his father. Oscar’s father left school after the first grade and his mother had no formal schooling at all. His father saw no reason to send the young boy to school, and whenever Oscar would ask about it, he would answer, “School is for lazy people.” Finally, when Oscar was seven, he got his chance; his father agreed to let him go to school provided he continue to work before and after his classes. Before sunrise every morning, he would trudge an hour up the mountain to work the fields with his father before racing down to school two hours later, hungry and dirty.

Oscar completed elementary and middle school in his hometown, but there weren’t any high schools there. Fortunately, a man from a local farmers cooperative offered to pay for his high school education at a private school in Guatemala City. After he graduated, Oscar postponed college to help his family pull themselves out of poverty. He helped his parents learn to plant and harvest snow peas, which promised greater profits for their farm. The investment paid off. Within two years the family was able to begin building a new home.

“I said, ‘I have a clear vision for my future. If I don’t get this scholarship, I will find another way to complete my education.’ ”

After graduating from Universidad Francisco Marroquín, Oscar travelled throughout Central America to implement development programs for the US Embassy in Guatemala and the US Department of Agriculture. In 2007, Oscar won a Fulbright Scholarship to study international development at Texas A&M University. Since 2009, he has devoted all of his energy to building a comprehensive development project in his hometown. The heart and brain center of the project is his local church, which today operates health clinics, provides lunches to hungry children and pregnant mothers, and tutors local students. In just two years, Oscar’s program has had a profound impact on his hometown. He has already begun the process of replicating the model in other communities across Guatemala and hopes to ultimately expand throughout Central America. 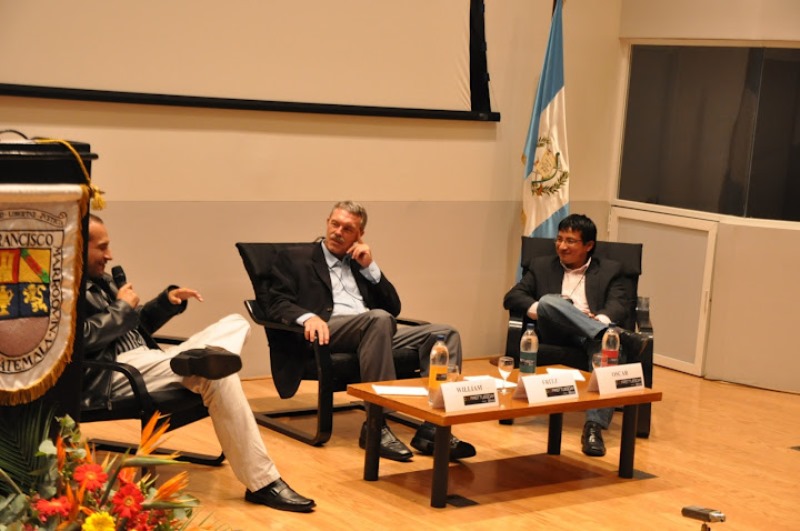 Oscar discusses life as an entrepreneur at a First Tuesday meeting at UFM. 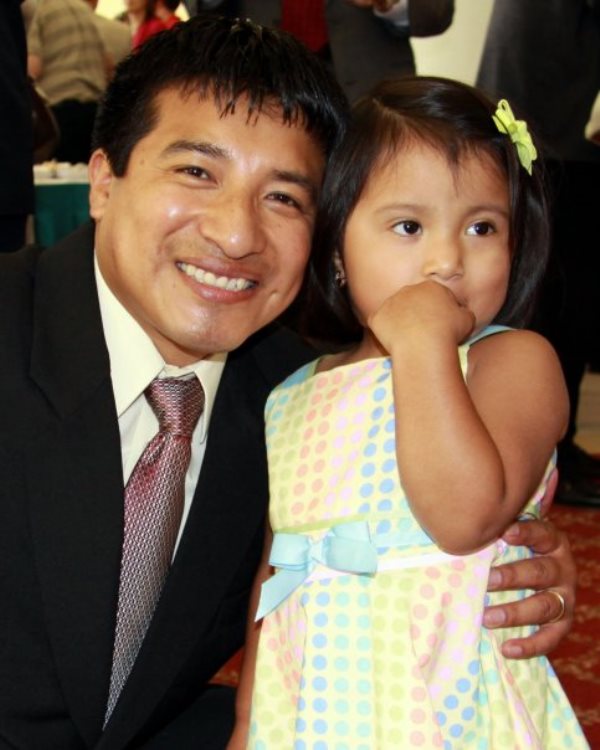 Oscar and his daughter. 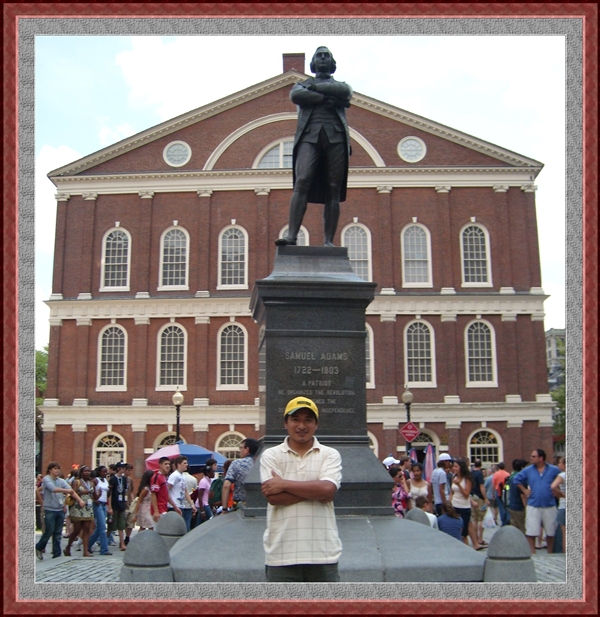 For a Fulbright sponsored writing class at Boston University in 2007. 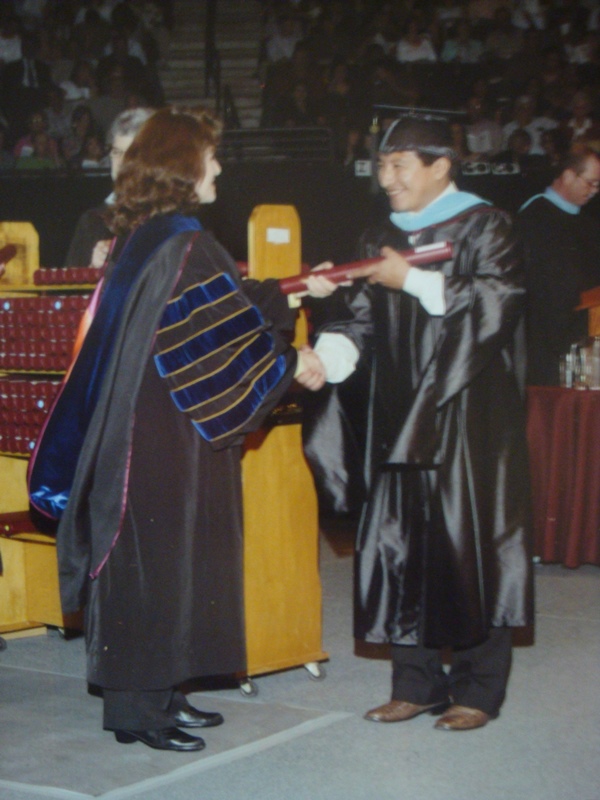 Oscar’s graduation from Texas A&M with a master’s degree. 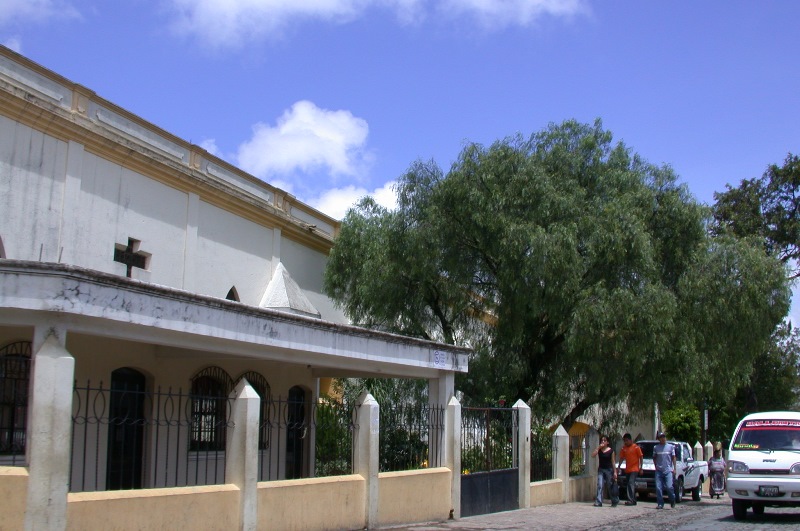 Oscar’s hometown is a Kaqchikel village one and a half hours outside Guatemala City. 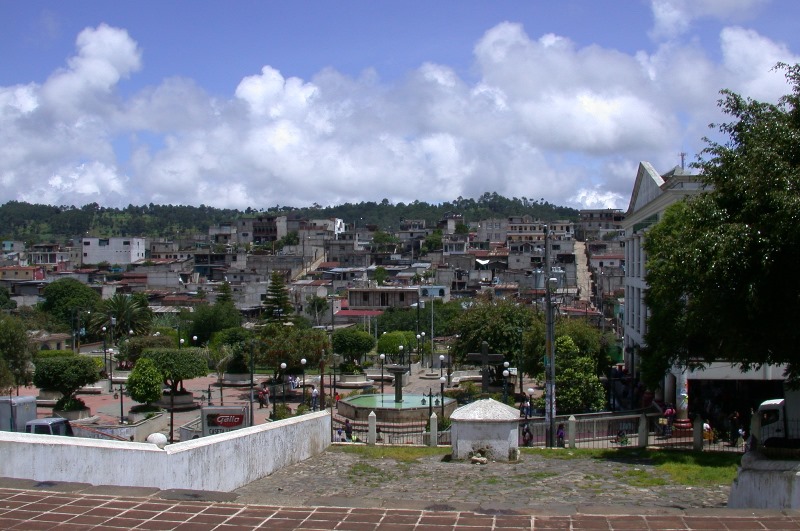 Oscar was raised in a one-room house made of cornstalks and mud. 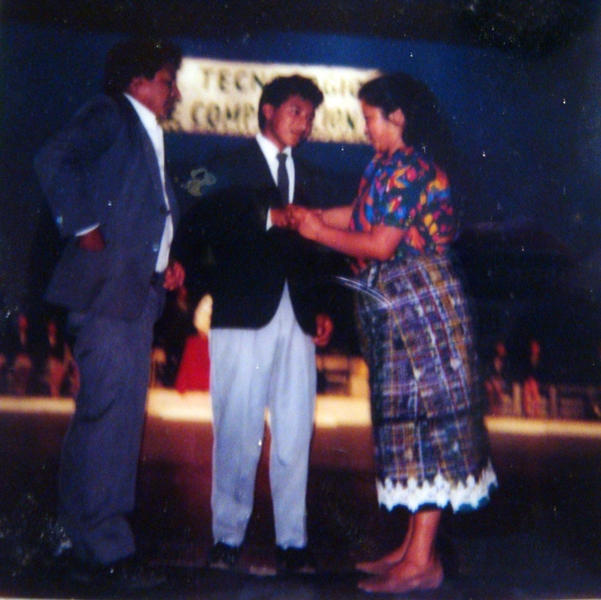 Oscar at his high school graduation. 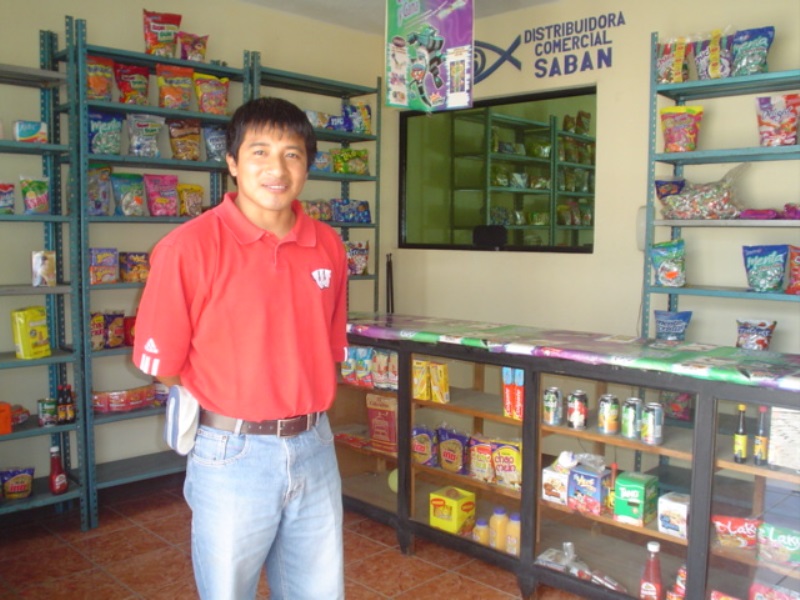 Oscar at one of the business ventures he started and runs with his family.
‹ ›